Flip, an Indonesia-based consumer payment platform, has closed a $55 million Series B extension round led by Tencent with participation from Block (formerly known as Square) and existing backer Insight Partners.

Additionally, a number of other investors, including founder and CEO of Checkout.com Guillaume Pousaz; executive of Doordash and board member of Coinbase and Pinterest Gokul Rajaram and former Venmo COO Michael Vaughan participated in the extension.

The latest funding, which follows its first Series B raise of $48 million in December last year, brings Flip’s total raised to $120 million since its inception in 2019. The company did not disclose its valuation. When asked if it was flat or an up round, the company COO declined to comment on it.

Flip has helped over 10 million people in Indonesia as of May this year, up from more than 7 million users in December 2021, to access financial transactions, including online interbank transfers to more than 100 domestic banks, e-wallet top-ups, and international remittances, enabling users to send money from Indonesia to over 45 countries and enterprise payment transfer products, Flip COO Gita Prihanto told TechCrunch. Hundreds of companies use Flip’s disbursement and remittance services for employee payroll, customer refunds, invoice/ supplier payments, and international transfers. Flip processes more than $12 billion in transactions annually, Prihanto noted.

Flip plans to use the capital to ramp up its workforce with a focus on engineering and product teams. Its team has increased by 30% to more than 400 employees by June 2022 from a team of 300 people in December 2021, Prihanto said. The startup also will invest in new products and technology development to provide a higher quality of service and fuel its business expansion.

“The growth opportunity of the Indonesian digital economy is vast with its massive population and favorable demographics,” co-founder and chief executive officer of Flip Rafi Putra Arriyan said in a statement. “We are laser-focused on helping millions of Indonesians, both individuals and businesses, execute various money transactions at a low cost through our platform.” 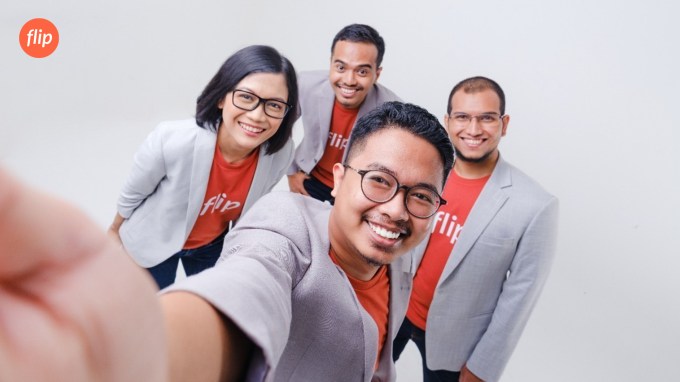 “We are humbled to receive trust and continuous support from our investors,” Prinhanto said in its prepared statement. “We are also thrilled to welcome Tencent and Block, who share the same purpose of making fintech accessible to everyone in Indonesia.”

In March, TechCrunch reported that Block also invested in Kyash, a Tokyo-based fintech startup, which appeared to be the company’s first investment in Asia.